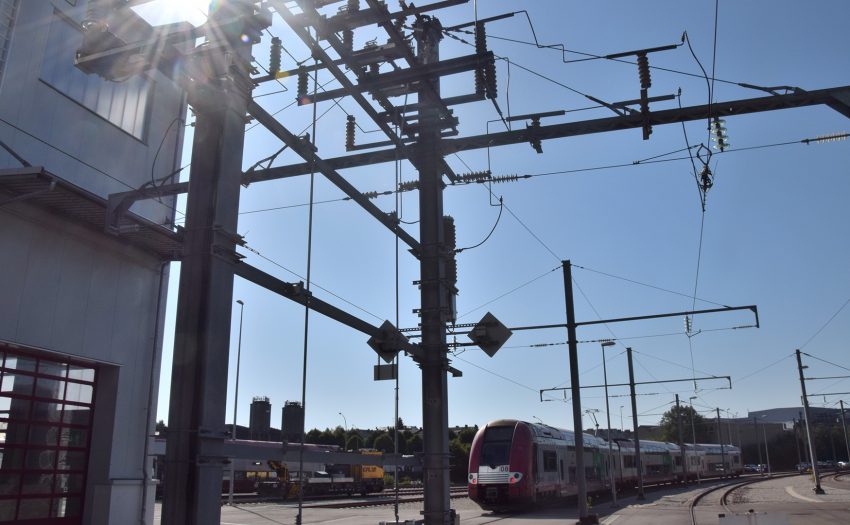 It is important for travelers to reach their destination in comfort, at any time and no matter the weather. Whether passenger trains or freight trains, the CFL staff constantly ensures the smooth operation of its rolling stock. In anticipation of the summer and to cope with the heatwaves, the 650 air-conditioning systems fitted to the CFL rolling stock are especially monitored.

Most often placed on the roof of the train, train air conditioning systems are damaged by exceptional summer temperatures, sometimes exceeding 35 degrees.

Permanent openings and closures of the doors, at prolonged halts of trains at stations, under a blazing sun, are several factors that make the refreshing of the train cars particularly difficult. Under intense usage, the air conditioning unit, equipped with safety measures, turns off automatically.

Freight transport (combined or conventional) must remain efficient despite the high temperatures. High temperatures put the air conditioning systems used on freight locomotives to the test. In any situation the driver must be able to handle the locomotive. Good ventilation in the driver’s cab is therefore essential. At the same time, knowing that freight trains generally travel long distances, the driver can take extra breaks in case of high temperatures.

In anticipation of the summer heat, preventive checks are conducted annually. In the CFL workshops, several components, electronic and mechanical, train cooling systems, are subject to inspections. Compressors, evaporator, condensers, pressure regulators and valves are scanned, cleaned and, if necessary, replaced. Various filters are replaced and the heat exchangers are cleaned.

It is not only the air conditioning boxes on the train roofs that are checked. In train cars too, every ventilation device is scrubbed. CFL staff also ensure the correct operation of sensors and temperature sensors.

Equipped with a safety measure preventing it from overheating, the air conditioning unit might switch off automatically whilst a train is on the tracks. The train can’t return directly to the workshop, that’s why several mobile teams move quickly in the field, at any time, to detect and to trouble shoot. The priority is always the safety of the passengers as well as their comfort. 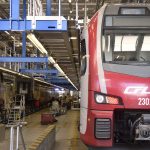 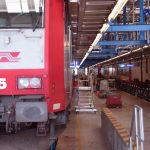 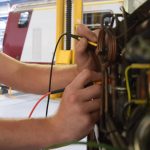 Only employees trained in refrigeration technology and having such a certification are authorised to work on the air conditioning systems.

Given the increased internal requirements for mechatronic technicians in refrigeration technology, the CFL have since 2016 put in place, in co-operation with the Ministry of Education, a training course the DAP refrigeration technician. It is an apprenticeship that spans three years.

This new type of DAP Diplôme d’aptitude professionnelle (Vocational Aptitude Diploma) first took in students at the beginning of the 2017/2018 school year and now has 14 apprentices (8 in the first year, 3 in second year, 3 in third year) supervised by 10 permanent staff. Kiss, Dosto, TER2N, … these apprentices are trained in the diagnosis, maintenance and repair of all CFL rolling stock air conditioning systems.

With these summer temperatures, railroad tracks can be damaged. To ensure the integrity of the network and the safety of travelers, the CFL take precautions throughout the year.

“Lateral distortion” of the track

The tracks are maintained by wooden or concrete sleepers. They are supported by a layer of ballast, a bed of natural stones, which stabilises the track and absorbs the stresses exerted on the track, on the one hand, by the passage of a train and on the other hand partly, by the weather conditions.

Due to the high temperatures, the steel composite rail, fastened by the sleepers, expands. The way can be deformed. This is called a “lateral distortion of the track”.

Important preventive measures for the track

To avoid any effect of the heat on the tracks during the summer, as soon as the tracks are layed and welded, it’s ensured that the temperature of the rails stabilises between 20 and 32 ° C. With this precaution, the stress on the rails are relatively low. The risks of dilation of the tracks in summer, or of their contraction in the cold, in winter (with risk of rail breaking), are reduced.

The CFL ensure the use of more resistant materials to the stresses exerted on the tracks by the passage of trains. Thus, the tracks placed on a bed of natural stones is quite resistant to the pressures caused by temperature variations. The wooden sleepers give way to the heavier concrete sleepers, which, combined with the natural stone ballast, ensures better track maintenance and better resistance to the passage of a train.

To avoid a distortion of a track, or at least to recognise the warning signs as soon as possible, regular and targeted inspections are carried out in early summer on the network lanes.

With know-how, quality, safety and performance, innovation is an integral part of the CFL’s corporate strategy. This is how the CFL continually invest in IOT (Internet of Things). At the same time, the CFL have taken advantage of three state-of-the-art measuring facilities to monitor the state of the network.

Located at Mecher, Esch-sur-Alzette and Luxembourg, these three stations make it possible to continuously measure the temperature of the tracks on the entire network. Via digital thermometers placed on the tracks, any data indicating the temperature of the rails is recorded and transmitted electronically to the concerned CFL services. This makes it possible to keep a constant eye on the entire network, at a glance and to alert the services concerned if the tracks are weakened by high temperatures.

This temperature-sensitive technology can accurately identify sensitive areas and provide additional inspection tours during the summer.

In the event that a “lateral distortion” of the track is detected following an inspection tour, or signaled by a passing train, passenger or freight, in the area, appropriate measures are taken. The passage of the trains on the affected section is at a reduced speed. If necessary, the lane is temporarily closed and the lane is repaired before the traffic resumes safely

A new measure under study

On the Swiss Federal Railways (SBB) network, on the German DB network and the ÖBB network in Austria, a new measure to prevent the effects of hot weather on rails is being tested. These tests consist of painting the side of the tracks in a clear/white colour, which would allow, according to first observations, to lower the temperature of the rails by a few degrees. A promising measure, the CFL is waiting for the results of this study.