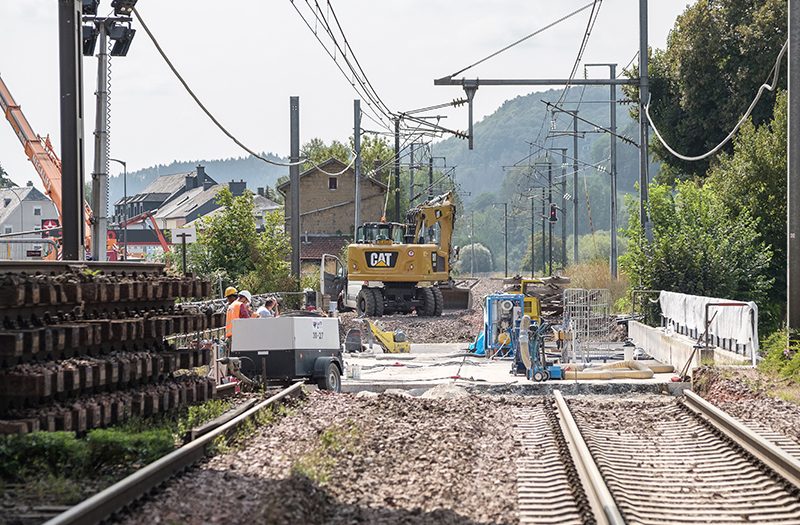 Maintenance and modernization works of line 10 were undertaken for 3 weeks now. The works concerned the section Ettelbruck – Diekirch, but also Dommeldange, Lorentzweiler and, last but not least, Mersch.

But as you know, a picture is worth a thousand words, so please have a look at this overview of the various constructions sites and works on the northern rail line, from Luxembourg to Ettelbruck, for the last three weeks.

Let’s begin with the works undertaken in Lorentzweiler… 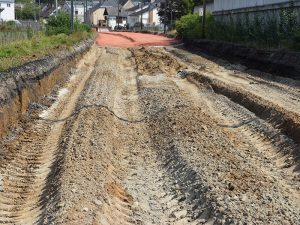 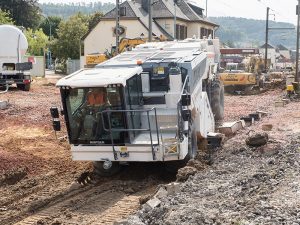 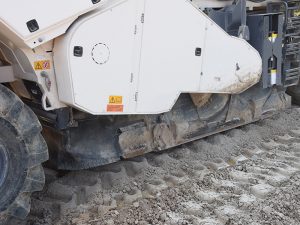 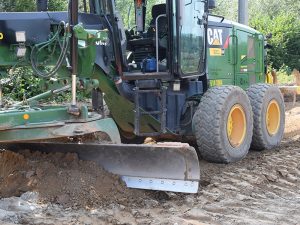 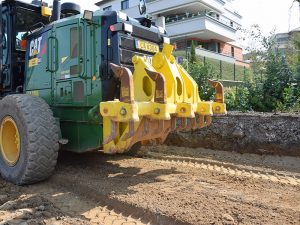 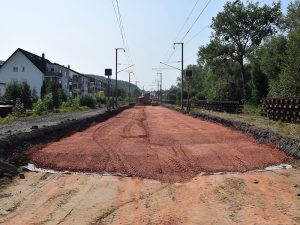 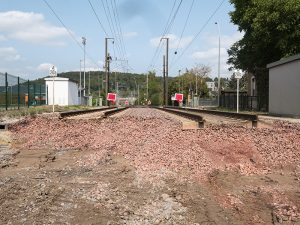 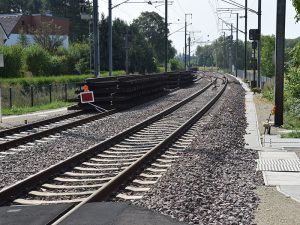 In anticipation of the refurbishment of the station in Mersch, the CFL began preparatory works as the renewal of five rail switches. The waterproofness of the Alzette bridge has also been revised. Catenary foundations were set up, as well as electric cable gutters along the tracks. 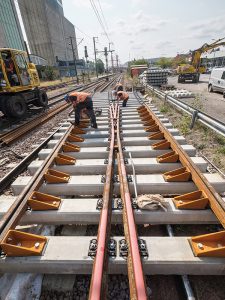 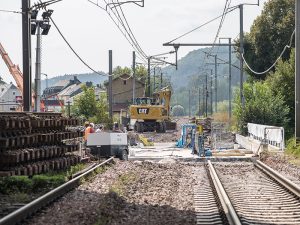 In Rollingen, a bridge was built above a canal with prefabricated concrete structures. 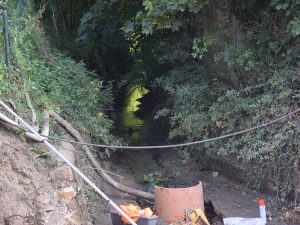 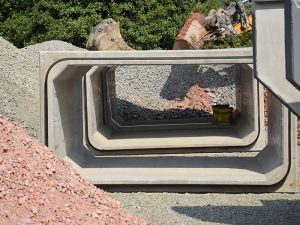 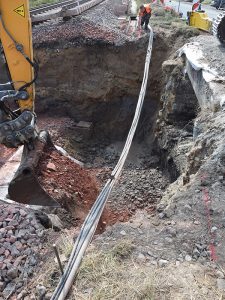 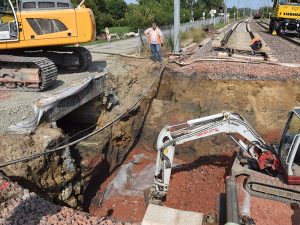 In Ettelbruck,  a lot of work has been done as well …