How do level crossings work? 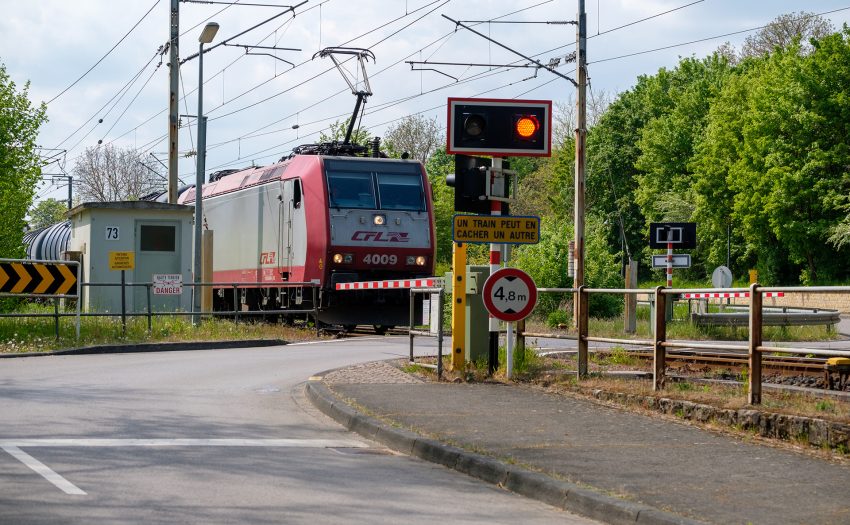 First of all, some rules at level crossings that save lives!

A collision between a train and a road user is life-threatening for everyone involved, both on the rail and on the road.

A distinction must be made between two different systems for closing and opening the barriers, specifically the automatic system and the signal system.

The automatic system, with which 65% of all barriers are equipped, optimises the closing and opening of the barriers, since the distance between the detectors is calculated so that it coincides with the maximum speed allowed for the trains.

To close, 4 automatically controlled half-barriers generally takes 39 seconds and 2 half-barriers 29 seconds. If the time taken for the train to pass and the barriers to open are added together, at least one minute passes before the level crossing is opened to road traffic and pedestrians.

This system is used if the level crossing is located close to a station or stop, because the distance is not great enough to place the loop, which can identify the arrival of a train, behind the signal at the station and allow access to that section of line. The train can only enter if the signal is green (indicates that the track is free). For this to be the case, the gates must be fully closed.