Technologies of the latest generation: Aramis and Auris 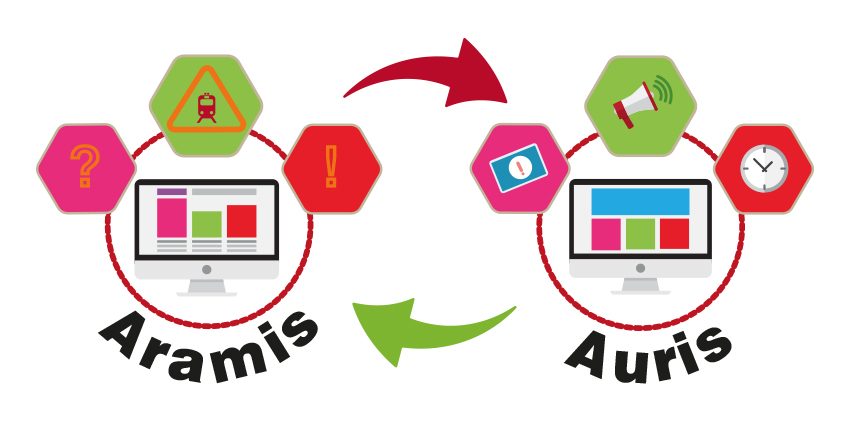 In addition to a safe and comfortable train journey, one of the most important missions of the CFL is to convey in real time essential information, for example in respect of the punctuality of the trains. The latter especially requires maximum accuracy and speed, two attributes which, above all else, involve automated systems. Two such future-oriented processes ensure reliable information services at the CFL: Both the Aramis and Auris systems function as an automatic source for the various real-time communication tools of the CFL customer information service – part of which is already in service today, and part of which will be in the near future.

With the aid of Aramis, the “Advanced Rail Automation Management and Information System”, customers have information in real time on the punctuality and location of their train at their disposal. The use of the data acquired via Aramis on the location of the respective trains and comparison of this data with the scheduled data of the official timetable allows the CFL to keep their customers informed in real time both via the smartphone App and via the website on any delays or disruptions.

In this respect, Aramis is essentially a system, which should enable traffic controllers to find more rapid and more efficient solutions in cases of conflict so that the railway service returns to normal.

Aramis serves the CFL as a central interface for the receipt, processing and transmission of all the timetable and transport information required from the most diverse sources. This information then “only” needs to be passed on to the customers. That is exactly where the Auris system comes in.

Auris (the German abbreviation for “Automatic Passenger Information System”) conveys important information to railway passengers. In order to do this Auris captures, in real time and fully automatically, Aramis data, for example on any delays and disruptions and passes the information on in real time to customers by means of dynamic destination boards and automated announcements. This is done, amongst other things, with the aid of an automated audio recording in the “text-to-speech process”, whereby written text input is activated by a machine to produce acoustic speech. A standard design of the displays and announcements throughout the CFL network makes recognition by and the orientation of the passengers simpler. In addition, customers receive information via the Auris system on platform changes, trains not stopping and connecting trains at the respective platform. The high degree of automation of the Auris system takes the pressure off traffic controllers. This allows them in turn to focus entirely on technical solutions for conflict in the event of irregularities or disruptions without neglecting important passenger information.

The new Auris system is being tested during the pilot phase currently in progress at a total of 12 stations and stops in the south and southwest of the Grand Duchy. Within the scope of this pilot project, 5 stations to begin with are receiving visual as well as acoustic passenger information, i.e. via destination boards and announcements: Belval-Université, Lamadelaine, Oberkorn, Pétange and Rodange. Passengers will be kept informed exclusively via announcements at the stations Bascharage-Sanem, Belvaux-Soleuvre, Belval-Redange, Belval-Lycée, Differdange, Niederkorn and Schouweiler.

Interaction between Aramis and Auris

In principle, ARAMIS can certainly be regarded as an information hub, which is supplied by the most diverse sources. The high level of quality and precision of the transmitted data is the result of several partners’ efficient collaboration. For example, the general timetable and its data are prepared and transmitted to the Aramis planning module. Aramis, or more precisely its management module, receives the current position and time slot of the trains. At the same time, projections and possible platform changes are taken into consideration and the measures to be taken are transmitted to the planning tool of the system.

The entire spectrum of the data collected is then transferred via the Aramis distributor to the central interface Auris, where it is in turn automatically processed again and given out as acoustic and visual information. The automated passenger information via Auris can only function with the data received from Aramis. These preliminary processes are all permanently in operation; they are automated, producing the data in a matter of seconds, so that CFL is able to take all the measures required as quickly as possible and to provide customers directly with the relevant information. This is then updated via the Internet, smartphone App, destination boards and announcements, and naturally by the CFL staff.

Get an exclusive insight in the future workplace of the Auris controller (click on photo for enlargement). 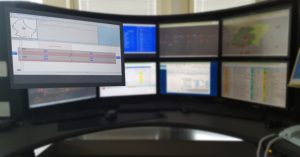 Auris station graph with schematic representation of on-site monitors and speakers inside the respective Auris station. 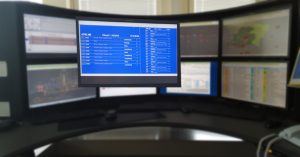 Representation of the AURIS data on several monitors of the AURIS stations (departure monitor or board, train destination display). 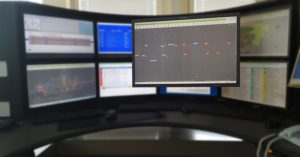 Station graph: main station management tool with graphical representation of the planned occupation of the tracks of a station over the day. 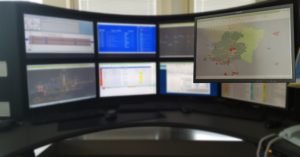 Network overview: Topographic-map like representation of the rail network including detailed information about the different stations, trains and lines. 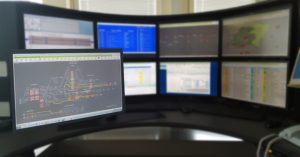 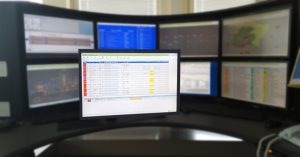 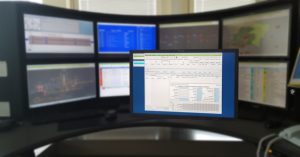 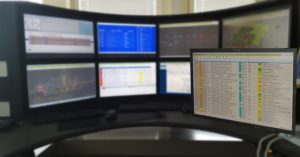