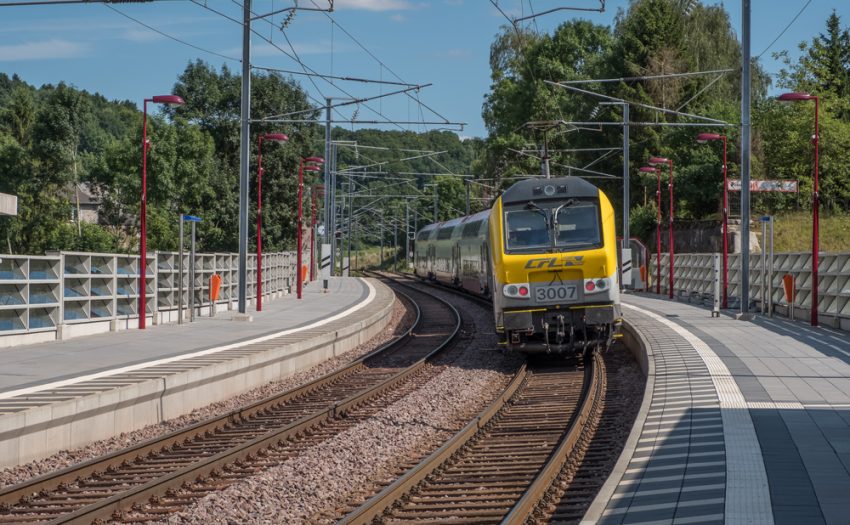 Those who live near a railway line are only too familiar with the noise of passing trains. The CFL have put various measures in place to maintain the noise level as low as possible, especially for the sake of the residents living in the vicinity of their infrastructures. One of these measures has been developed by the company itself: The innovative Z wall.

Based on an EU directive

Amongst the types of noise protection measures adopted by the CFL along their lines are the patented Z wall, wood and concrete walls and gabions. EU Directive 2002/49/CE dated 25 June 2002 on the assessment and abatement of environmental noise for municipalities provides for action plans to implement noise protection measures in places where there is a higher noise level due to regular rail traffic.

Installations soon to be extended to three municipalities

Erected for the first time in 2012 at Noertzange station, the Z wall patented by the CFL can satisfy both acoustic and visual requirements. The wall with its slanted, serrated glass surfaces – hence the name Z wall – provides transparency as well as noise protection. The angular positioning of the glass and sound-absorbing material in the frame produce the soundproofing effect. This type of noise protection is aesthetically appealing, creating modern highlights, especially in urban areas. Following the construction of the first wall of this type, a second was erected at Oberkorn station, while a third, longer Z wall is to be set up in Schifflange during the comprehensive restructuring work already in progress of the railway station there.

Another possibility to reduce the noise level in urban areas and, in the process, to maintain the aesthetic appeal is to erect acoustic gabions. For example, these will also be adorning certain spots in Schifflange in the near future. Further gabions in various designs can be found, among other sites, at Bascharage-Sanem station as well as in Walferdange, and will also be erected at various positions along the new section of the Luxembourg-Sandweiler-Contern line.

The wooden and concrete walls customarily used for insulation will be set up at other, also heavily trafficked but less visible areas.

In order to protect residents from the noise emanating from nearby railway lines, the CFL are building various protection systems. 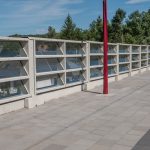 By developing the Z wall, the CFL have succeeded in combining efficency with aesthetic appeal. 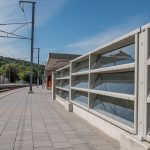 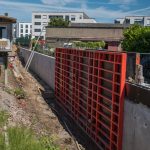 Work in progress: Wood and concrete wall at Schifflange