The rail-grinding train – When sparks fly at night 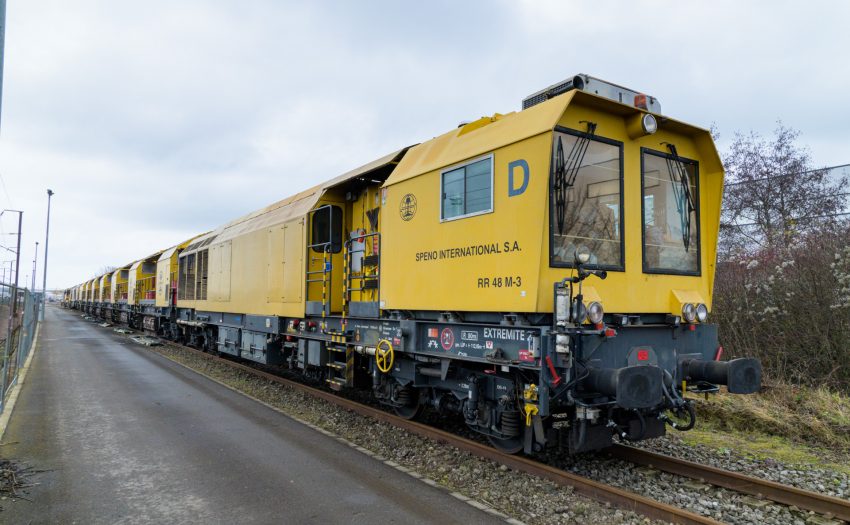 When sparks fly at night and the rail-grinding train is on the move on the CFL rail network, it is for a reason. Grinding is necessary to counteract material fatigue, which occurs for example on particularly heavily frequented sections of the track. This is an important factor for the safety and comfort of customers.

Grinding extends the service life of rails and switches, protects the wheels of the trains and reduces the consumption of energy and raw materials. Thus, systematic grinding has a positive effect on the budget, on the quality of the tracks and switches, and on the environment.

Rails and switches need to be looked after and cared for

In order to detect possible defects at an early stage, rails are generally inspected by ultrasound and the switches are checked manually twice a year. This way, unevenness can be repaired quickly and costlier repair work, which would require major closures of track sections, can be prevented. Especially places where problems often occur are checked preventively to guarantee that they are in good condition. These include sections where many trains pass, or sections with tight curves (e.g. bends) where more pressure is exerted on the rail radius. They are more prone to cracks, the so-called “HeadChecks”.

Work with the rail-grinding train takes place at night to avoid interfering with regular rail traffic. In a night shift, which lasts a maximum of 5 hours, a rail-grinding train can grind up to 4 switches, or between 2 and 3 kilometers of rails. Two types of work are performed:

During preventive grinding, minor blemishes are repaired on particular spots on the track or the switch. These include, for example, a so-called “HeadCheck”, very small cracks in the rail head, or undulations of up to 0.05mm. By removing up to 0.3mm of material, larger rail defects and their negative consequences for train operation (train cancellations, closures for maintenance work) are avoided.

During reprofiling, up to 0.5mm of material is removed and the target profile is restored. When the rails and switches are in this ideal condition, the train bucks less when in motion, which increases customer comfort.

Grinding rails thanks to grinding stones on the rail-grinding train

These stones are inclined at different angles, allowing the rails and switches to be ground both from above and from the sides at the same time. Since it is necessary to pass over the same section several times, such work is lengthy. However, the more stones a train has, the faster the work progresses.

The profile of the rails and switches is measured throughout this work process and the CFL receives before-and-after images of the affected sections.

Milling vs. grinding vs. renewing

In the past, the CFL milled rails and switches. However, this method removes more material, which from experience, leads to the affected material having to be replaced more quickly than it is the case with grinding. For this reason, the CFL now tends to rely on grinding. Sooner or later, though, the rail or switch can no longer be ground down any further and must be replaced.

The CFL itself does not have its own rail-grinding train, but hires one from abroad twice a year. During the last 10 night shifts in August of this year (2021) on the Luxembourg – Wasserbillig line, 429 minutes were spent grinding the rail network.