Video: the Pfaffenthal-Kirchberg station and the funicular take shape 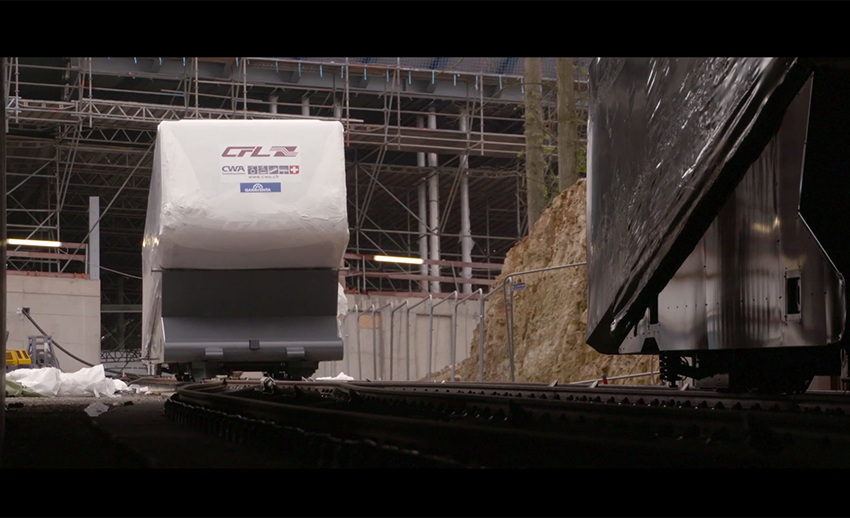 Since the last video in October 2016, constructions on-site have evolved a lot. Works on the lower and upper station were continued, the rails that will carry the four cabins of the funicular have been put into final position and are ready for use. In addition, the escalators connecting the train platforms of the future Pfaffenthal-Kirchberg station to the bottom station of the funicular have been set up by means of building cranes.

A heavy-duty transport delivered the cabins of the funicular, in two parts each, which were assembled on the spot. Simultaneously the technical equipment, among others the electric backbone of the funicular, has been finalized, allowing precision adjustments as they are currently carried out.