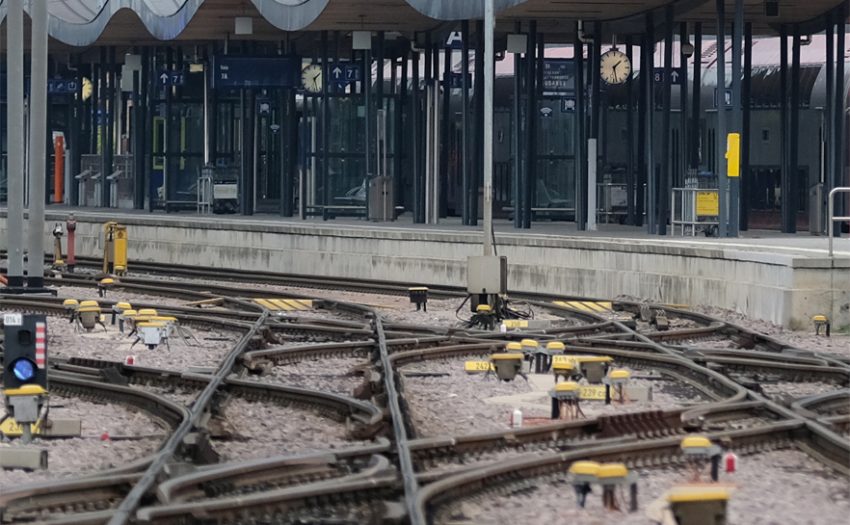 Unlike a driver sitting in his car, the train driver, also called “mécanicien” in French (the mechanic in English), has no direct control over the turning (left and right) of their train. The train convoy is steered mechanically and passively by means of the switch.

The switch, commonly referred to as “branchement (French)” (connection in English) by CFL staff, is a railroad device. As its name indicates, it is used to switch a train, that is, to cross routes and to change the direction of a train.

Switch points allow trains to pass from one track to another without interruption. There are many types and shapes of switches. The decision for a particular type of switch point depends on many aspects, such as the number of tracks on site or the speed at which trains pass over the section in question. On sections with a low speed limit, e.g. inside stations, significantly tighter turns can be expected.

Axles and wheel flanges, part of the train’s steering system

What are “wheel flanges”?

This disc-shaped part, extended inside the wheel, which guides the train at switches or crossings. The wheel flange does not touch the rail when the train is on a straight line.

The direction of travel of the train, guided and stabilized by the wheel flanges, is therefore determined by the switch point bonded along the stock rail.

Switching operations can be done either manually, on site, or remotely, automatically or manually from a signal box. Authorized CFL employees check the position of the switch blades from their control point so that the trains can pass safely in one direction or the other.

We will have the opportunity to go into detail in a future blog article, about CFL signal boxes.