The Main Sub-Station (CSS), Backbone of the Electricity Supply for the Rail Network in Luxembourg. 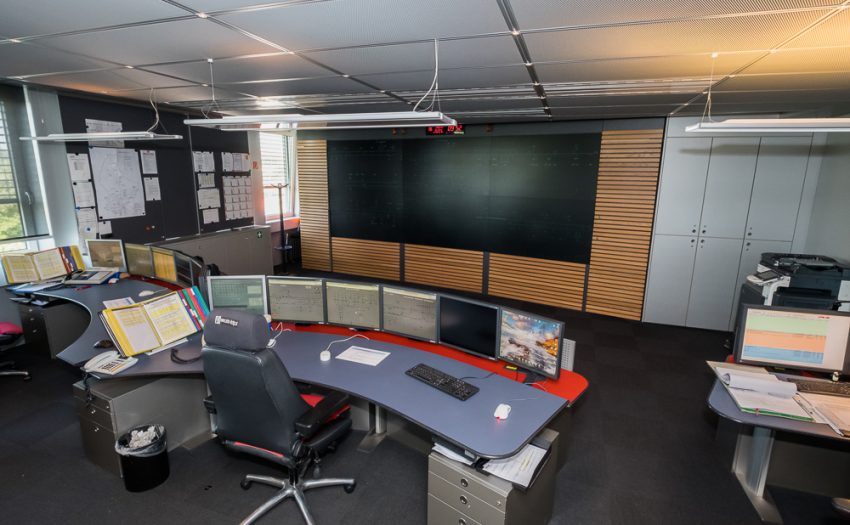 The Main Sub-Station (CSS) is a nerve centre of the rail network in Luxembourg. This is where the experts from CFL manage the energy supply for the country’s entire rail network.

It is from this site, permanently staffed 24 hours a day, 7 days a week, 365 days a year, that the CSS officers monitor the electrical network. In the event of problems, the main task of these officers principally entails tracking down and isolating faults and finding appropriate solutions to remedy them. This requires in-depth knowledge and enhanced responsiveness to maintain the free flow of train traffic, while ensuring maximum levels of safety.

Guarantors of Safety during Work 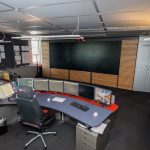 The CSS team is made up of 12 officers: 5 dispatchers working according to a system of three-shift-operation, 3 dispatchers in reserve, on call if they are needed, 1 system administrator in charge of managing and maintaining the system, 2 power coordinators and their boss. 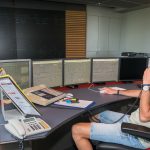 From his workstation, the dispatcher can remotely control the cutting units, thus ensuring the control of the electricity supply of the entire rail network. The dispatcher is warned of any disruption by sound and visual alarms. The challenge is to seek out and identify the fault as quickly as possible by collecting as much information as possible. Close communication with the master signal boxes, the engine drivers and the field officers is essential so that the dispatcher can find the exact location of the fault. The CSS remotely controls almost 650 cutting units, via the intermediary of almost 60 automated remote stations spread throughout the Grand Duchy. 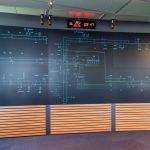 Monitor wall: synoptic view of the state of the electrified rail network of the Grand Duchy, subdivided into 5 zones: Walferdange-Troisvierges/Border, Walferdange-Bettembourg/Border, Berchem-Wasserbillig/Border, Huncherange-Rodange/Border and Luxembourg-Kleinbettingen/Border. The CSS is responsible for more than 1,400 cutting units.