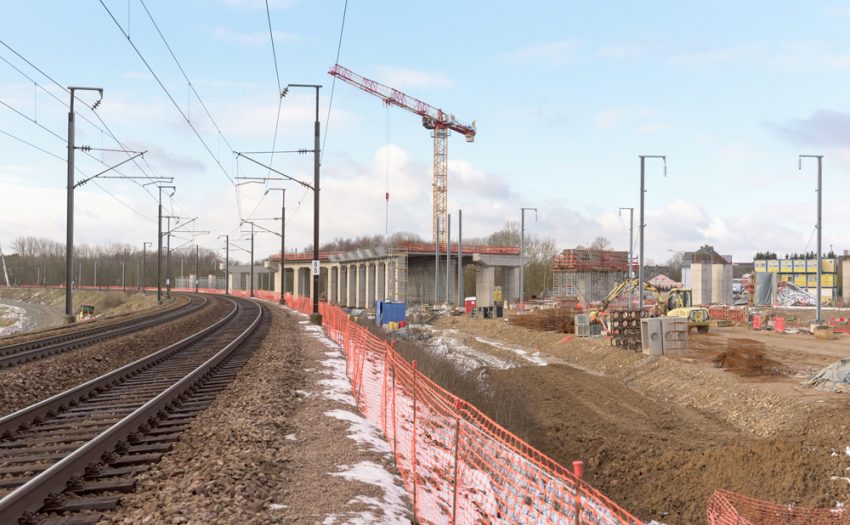 Numerous customers of Line 90 (Lorraine line) and 60 (Luxembourg – Esch / Alzette – Rodange) were affected from 10 to 18 February by the closure of the section Luxembourg – Bettembourg.

But which works have actually been done last week and why?

In addition to modernization work that is currently being carried out along the existing track between Luxembourg and Bettembourg, works performed during the closure from 10 to 18 February have mainly been of preparatory nature in the context of the future implementation of the so-called flying-junction – a construction over which the route of the future new railway line between Luxembourg and Bettembourg will cross, in a few meter height, the existing track. For this purpose, foundation works and several retaining walls along the existing railway line were carried out. 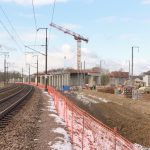 South view of the future flying-junction over which the new line will cross, in several meters height, the course of the existing track. 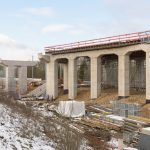 During a future closure period, the course of the existing line will be shifted by 40 meters and will pass through the flying-junction. 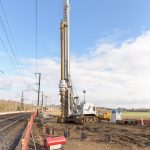 Since much of the construction work on the new line between Luxembourg and Bettemburg is being carried out during ongoing traffic, retaining walls are being installed. These ensure the stability of the existing track infrastructure during the execution of the work – an important condition for the safety of all involved. 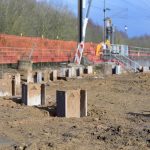 For this purpose, elements of the load-bearing structure are sunk and sealed in the ground along the existing route. 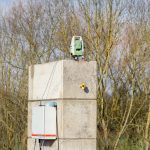 So that even the smallest movements of the track can be detected at any time and eliminated before the re-commissioning of the existing railway line, each movement is continuously monitored by measurements using a theodolite. 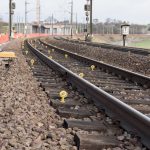 This automatically detects the control marks fixed on the sleepers. 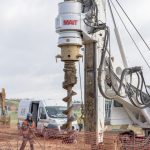 7075: Due to the poor quality of the soil in the Alzette Valley, the future piers of the structure leading to the flying junction will rest on foundation piles with an average depth of 10 meters. 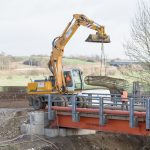 For this purpose, armatures are inserted into the deep, pre-dug holes.

Why a new railway line between Luxembourg and Bettembourg?

More than 10,000 commuters from France and many other travelers from the South to the Grand Duchy travel daily through the Luxembourg – Bettembourg section of the route. This segment is thus one of the busiest sections of the Luxembourg rail network, where more than 1,000 passenger and freight trains operate daily. In order to significantly increase the capacity on this particularly vital traffic artery, the construction of a second railway line between Luxembourg and Bettembourg is currently carried out.