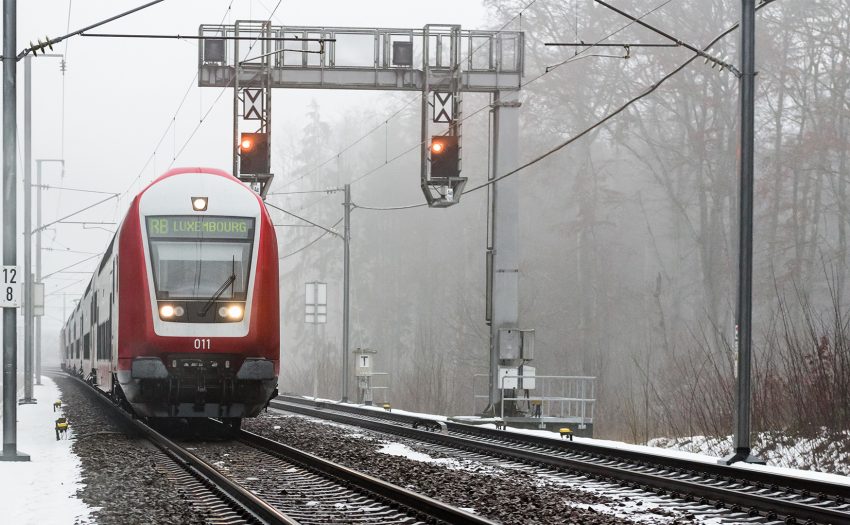 In anticipation of winter and the resulting meteorological changes, the CFL are taking several measures regarding their trains and infrastructure. 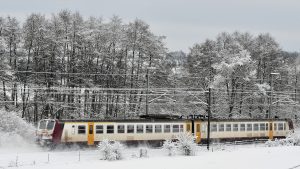 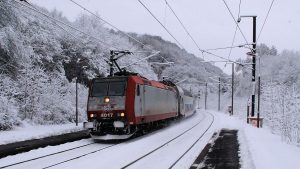 Passenger and freight trains ready for the cold weather

The preparation of CFL trains for winter is not much different from that of a car. When the low temperatures drop below, the heating plays a primary role for the well-being on board, both for the passengers and the accompanying personnel in the passenger car, as well as for the train driver in the driver’s cabin of a passenger or freight train. Regularly inspected throughout the year, the most important components for air conditioning, ventilation and heating, both in passenger trains and in freight locomotives, receive particular attention in winter. This inspection is entrusted to the air-conditioning technicians in the CFL workshops. When they are in good and clean condition, the heating elements produce a pleasant room temperature (on average 21 degrees) and are, moreover, free of germs, sources of unpleasant odours or dust, which is particularly appreciated by people with allergies.

Another common point with car maintenance is the proper lubrication of different seals. The care taken, for example, at door joints is particularly important to prevent them from becoming brittle – which could cause the mechanism of a door to freeze. Windshield seals are also treated. As with cars, antifreeze is used in winter in CFL rolling stock to ensure that both passenger and freight train drivers have good visibility at all times. A drop of silicone oil in the locks prevents accesses, such as those of a locomotive, from freezing.

In the event of negative temperatures or heavy snowfall, traction units that are not in circulation are subject to extensive monitoring. For example, in the case of locomotives equipped with combustion engines (diesel), used for freight transport, the monitoring shall cover the temperature of the coolant and the battery voltage, the components necessary for to start the locomotive. It should be noted that about twenty freight locomotives will be equipped this winter with so-called “remote reading boxes”, which will allow the CFL to keep a remote eye on battery voltage. The data collected (by computer) will alert the staff concerned in the event of insufficient charging of these batteries in freight trains, which generally travel long distances.

Winter maintenance in stations and stops, for your safety!

The aim for the CFLs is to guarantee safety at all times in the 70 stations and stops of the Luxembourg rail network. When the cold sets in and the first snowflakes fall, various specialist teams are on the national rail network. No less than 50 employees of the CFL’s Infrastructure Maintenance Department, assisted in some cases by an external company, are permanently available to ensure that access to stations and platforms is clean and free of snow or ice. While the passages are salted and cleared of snow, icicles may hang from high structures, such as station canopies. If this is the case then, the ice is removed without delay.

The infrastructures are meticulously examined

While regular inspection rounds are carried out throughout the year to ensure the integrity of the tracks, particular attention is paid to the infrastructure in winter. For train operation to function smoothly, it is important that snow or ice does not disrupt the railway infrastructure, such as point switches and, more precisely switch blades, ie the moving part of a railroad switch. To prevent a switch from being frozen by freezing, it is usually equipped with a heating system. As not all hands are equipped with such a heater, CFL employees are at your disposal to remove any frost from an aircraft as soon as possible. Special tours are organised as needed to remove stalactites that form at the entrances to tunnels and other structures.

On the freight side, three snow removal trucks are also working to clear access to the intermodal terminal, the Eurohub Sud logistics park and the Secure Road Centre (CRS), representing nearly 100 ha of infrastructure.

Freight: the snow removal team in charge of maintenance of about 100ha of infrastructure.

Photo: Freight – the snow removal team in charge of maintenance of about 100ha of infrastructure.

Rail tracks are very good conductors of cold (and heat). In addition to the stresses exerted on the track by a train, there are also the stresses induced by meteorological conditions. In other words, the rail steel sometimes contracts (in extreme cold) or expands (in extreme heat). In addition, the CFL ensure the use of materials that are increasingly resistant to the stresses exerted on the tracks. These are placed on a bed of natural stone that is fairly resistant to the pressures exerted by temperature variations. Wooden ties give way to heavier concrete ties, which, combined with natural stone ballast, provide better track holding and resistance to train travel.

Along with know-how, quality, safety and performance, innovation is an integral part of the CFL’s corporate strategy, which continuously invests in the Internet of Things. In the same vein, the CFL have equipped themselves with three state-of-the-art measurement facilities to monitor the status of the network. Located in Mecher, Esch-sur-Alzette and Luxembourg, these three stations make it possible to keep a permanent eye on track temperatures throughout the network. Via digital thermometers placed on the tracks, all data informing the rail temperature is recorded and transmitted, by computer, to the CFL staff concerned.

On the nationwide rail network, the switches will be progressively equipped with current sensors. Their goal? To measure the intensity of the current consumed when the switches are moved. The measured values are then compared with reference values. In the event that the actual curve deviates from the (desired) target curve, a message is generated which enables the responsible CFL technicians to intervene at the concerned switch in order to prevent malfunctions (e.g. if snow should accumulate on a switch).

On the road too, the CFL braces itself against the ice

According to the Luxembourg Highway Code, the fleet of “Flex” cars of the CFL car-sharing service is equipped with winter tires (M+S marking), in anticipation of harsher road conditions during the winter season. As needed, washer fluid with antifreeze is filled and wiper blades are replaced as before the fall, to ensure good visibility for passengers carpooling from a station at the end of a train journey. In addition to the daily checks recommended by the manufacturers and carried out on various key elements such as brakes and lighting, bus drivers ensure that the winter tyres fitted on to CFL buses are in good condition (editor’s note: During winter season, the minimum depth of tire grooves is about 4 mm). Only a good tyre profile can ensure good grip on wet and/or snow-covered roads. 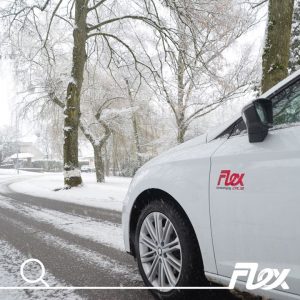