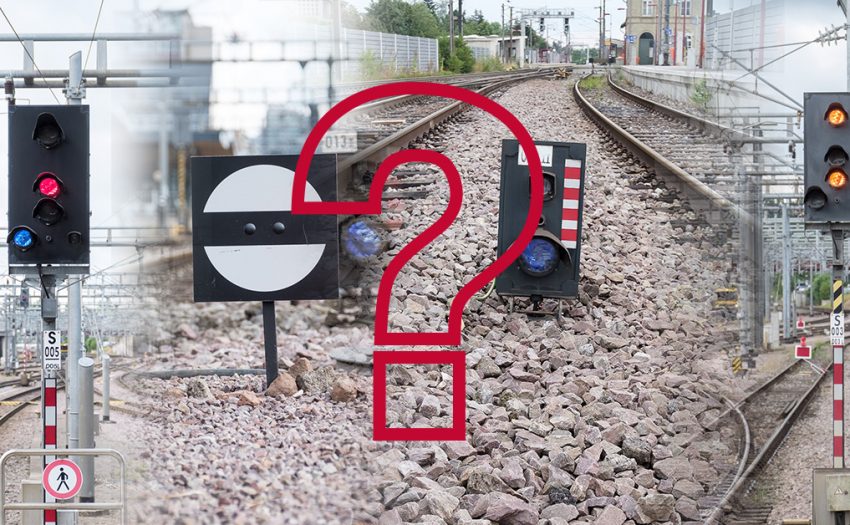 To enable safe and organized train traffic, a number of signals and marks are settled throughout the Luxemburg railroad network. In a train driver’s daily job, these signals represent essential orders, reference and orientation points. Have a look on the most important fixed optical signals. 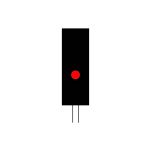 When the signal light is red, passenger trains have to stop before the signal. 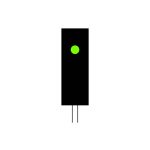 Lightning green, the signal enables the driver to continue his route observing speed limits of the respective section. 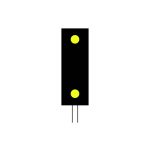 The “clear track with speed limit” position allows the driver to pursue his route without exceeding the 40 kph speed limit. 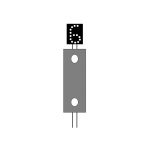 If the speed limit of 40kph can be exceeded, the main fixed signal in clear track position, is combined with the speed indicator fixed signal. To know the maximal authorized speed, the displayed number has to be multiplied by 10. In this case, the train can drive at 60km / hour. 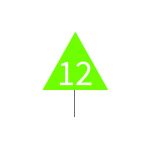 The infrastructure speed indicator shows the authorized maximal speed on a given line section. The displayed number has to be multiplied by 10. In this particular case, the train can pursue its route with 120km / hour. 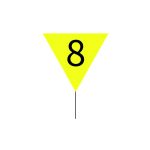 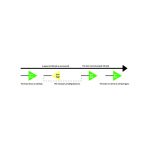 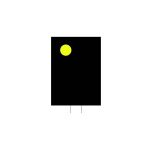 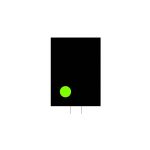 When the advanced fixed signal shows a green light, the train driver knows that the following main signal it is referring to is in “free track” (green) position and that he will be able to pursue his route without braking. 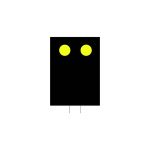 On the other side, double yellow lights announce that the main fixed signal it refers to indicates a speed limit of 40 kph

As suggested by its name, the fixed repeater signal repeats the position of the following main fixed signal. This could be necessary, e.g., in the case that the main fixed signal is outside the necessary visibility range. This signal, that looks just like an advanced fixed signal, is completed by an additional white colored dot in the lower right corner of the panel. 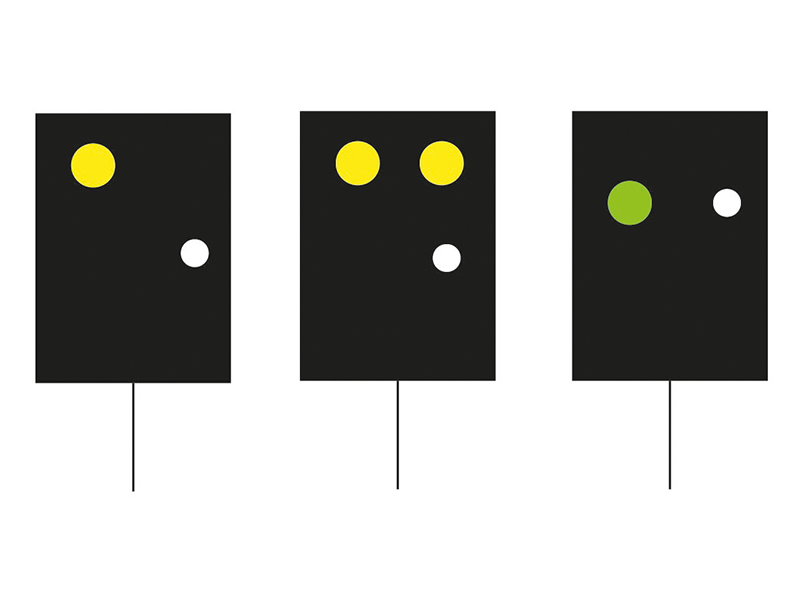 Last but not least, there is the closure fixed signal, which is called tenderly called “Spatz” (sparrow) by railroad employees. It represents the most restrictive signal, indicating stop for any railway traffic, passenger as well as shunting traffic.

This signal is used in stations, mainly to facilitate shunting maneuvers (e.g. for the composition of a train or the trip between the workshop and the platform prior to passenger boarding) within the station area. 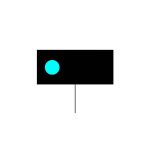 The closure fixed signal, in first position (blue), shows that it may not be trespassed. 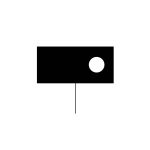 A closure fixed signal in white authorizes the drivers, under particularly restrictive conditions, to continue their crossing.