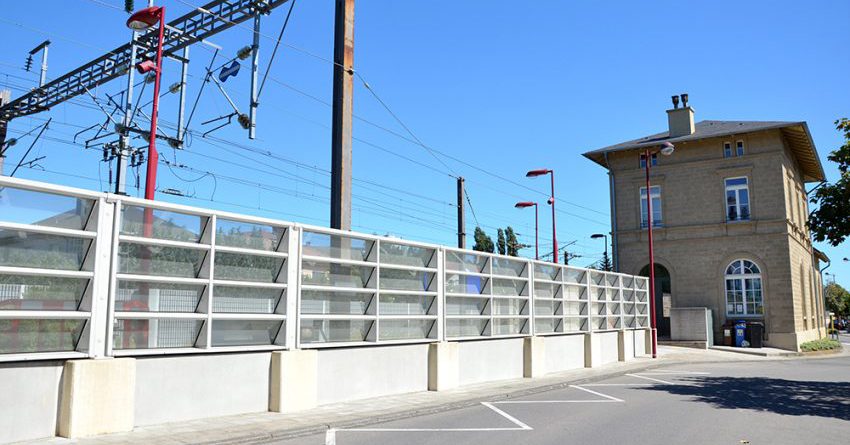 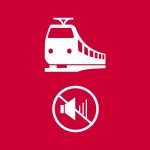 Through noise-suppressing brake systems, by grinding the track profiles in a particular way or the construction of soundproof barriers, CFL actively contributes to noise protection 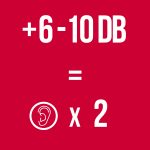 The soundproof barriers achieve a noise reduction of -20 to -30 decibel, depending on the model. This is remarkable, considering that an increase of 6-10 decibel corresponds to a perceived doubling of the noise level 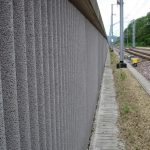 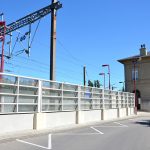 Perfectly integrated in the cityscape of Noertzange : the innovative “z-shaped” soundproof barrier 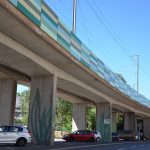 Colorful on demand: the vibrant soundproof barrier in Esch-sur-Alzette

Even nowadays many people still associate the calming rattling of the carriages over the iron tracks of the railway network with a journey by train. Outsiders, and particularly people who live close by railway lines or train stations, however show little enthusiasm for this sound. To them it is simply noise.

The source of the noise

The noise level of trains is due to various elements, such as the unevenness of the tracks, the grinding of the wheel and the track against each other, the screeching of the brakes or other sounds, such as e.g. ventilation and air conditioning.

As a public company, CFL wants to reduce the influence of its activities on the environment to a minimum. Thus the reduction of the noise level is an important matter for CFL, whether by providing its fleet of trains with a noise-suppressing brake system made from special composite material, by grinding the track profile in a particular way or by building soundproof barriers. Since 2009, CFL has not only got one of the most modern but also one of the most quiet train fleets in Europe, which is an advantage for both train passengers and residents.

A different kind of noise protection

Apart from the traditional soundproof barriers made of concrete and wood, CFL increasingly relies on alternative concepts for noise protection. In the context of the modernisation of the train station in Noertzange, a particularly innovative soundproofing system was installed in agreement with the municipality. The innovative structure made of glass, aluminium and sound absorbing material does not only provide effective noise protection but it also has the advantage of being completely transparent, due to the use of larger glass panels. Thus the soundproofing concept patented by CFL constitutes less of an invasion of the habitual cityscape – an explicit wish of the municipality.

Noise protection – a declared objective of the Ministry for the Environment

As a part of the action plan to reduce railway noise, it was possible to identify locations that see more than 60,000 trains roll past per year by carrying out measurements. These so-called hotspots shall be equipped with soundproof barriers in order to protect residents. For example in the context of the upgrade to a double-track railway of the Luxemburg – Pétange line, soundproof barriers were installed over a length of 1.2 km. The soundproof barriers achieve a noise reduction of -20 to -30 decibel, depending on the model. This is remarkable, considering that an increase of 6-10 decibel corresponds to a perceived doubling of the noise level. One of the many hotspots is located near the railway bridge in Esch-sur-Alzette, which was provided with colourful soundproof barriers that correspond to the wishes of the local administration.

Act sustainably – thinking outside the box