Other countries, other types of current 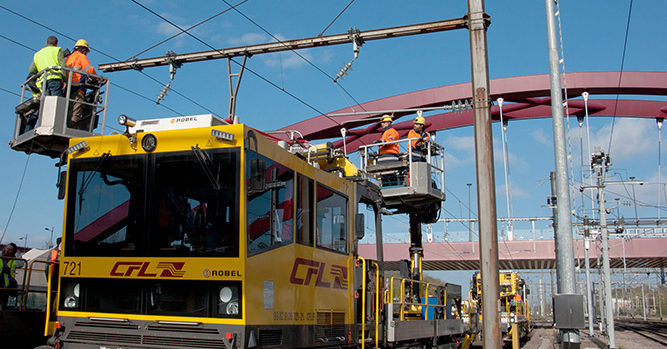 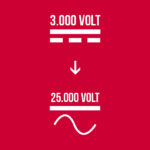 In order to benefit from the advantages of high-voltage alternative current, amongst others important power saving over long distances, the conversion of the electric system from 3.000 Volt direct current to 25.000 Volt alternative current is put into place 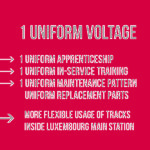 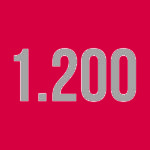 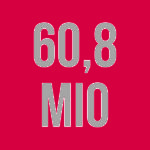 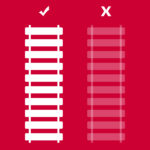 Unique: Trains of railway line 50 always run on the left track – an exception among the other railway lines

Customers on line 50 will surely have noticed that the section of the line via Kleinbettingen to Arlon has been closed at regular intervals. This stretch, which is popular with commuters, will need to be closed again several times in the future.

The reason for this is the work necessary to convert the power supply system of line 50 from 3,000 volts direct current to 25,000 volts alternating current.

Railway line 50 is the only line in Luxembourg where trains run on 3,000 volts direct current. This situation has its origin in a time in which the small Grand Duchy of Luxembourg aligned itself as regards voltage with its big neighbour Belgium. Since the 1950s, electrically operated trains have been running in Belgium on 3,000 volts direct current. The Belgium standard was taken into account when securing the power supply to line 50, which connects Luxembourg with Arlon via Kleinbettingen – with all the consequences arising from this system for rolling stock and rail material.

Trains which do not conform to the 3,000-volt voltage standard cannot run on the line in question to Arlon. It was necessary to create special conditions at Luxembourg’s main railway station to accommodate trains coming from the direction of Arlon. Due to this situation, trains coming from the direction of Arlon can only come in on tracks alongside platforms 1, 2, 3 or 4, as only these tracks can be supplied with the type of current required.

For some time now, there has been a concerted effort in Europe to promote interoperability in the railway sector. In concrete terms, this means that it is imperative to take all the necessary measures in Europe to enable foreign railway companies to run – both in the freight and public transport sectors – on railway networks outside their countries. So far, this has only been possible by using multiple-voltage vehicles.

When the work is completed, the voltage standard will conform to that already in existence in parts of Belgium and France. Furthermore, subsequent to the work on line 50, each individual train will run on 25,000 volts alternating current. Therefore, the rolling stock would only have to conform to one single standard; the same applies for professional and further training, to infrastructures of the contact line and to parts for maintenance and repair. As a result of the uniform voltage, the tracks inside Luxembourg’s main railway station can also be used more flexibly. Trains coming from the direction of Arlon could only come in on tracks alongside platforms 1, 2, 3 and 4. On completion of the work it will be possible to use the main station more effectively and more flexibly, an important step towards guaranteeing punctuality.

What needs to be done?

Due to the properties of the new contact lines, it is necessary to reconstruct these from scratch. In order not to suspend the railway service from and to Arlon unnecessarily, the work will be undertaken in phases.

The stretch from Luxembourg to Kleinbettingen will be closed from 20 August to 14 September 2016 for three and a half weeks. During this complete closure, further foundations for the new catenary supports will be constructed subsequent to the work already undertaken during the previous closure. The aim is to have constructed a total of 1,200 foundations for this purpose by March 2017.

The conversion of the line from a direct to an alternating current also involves other significant changes, such as the necessity for an increased insulation distance. A number of structures along the line had to be adapted in order to guarantee this and to preserve the integrity of both people and material.

With this in mind, three bridges, to be specific the bridges at the stations Mamer-Lycée, Mamer-Gare and Kleinbettingen, will be raised in order to conform to the stringent safety conditions – to allow a minimum distance of 6.5 meters between the top edge of the track and the lower edge of the bridge floor.

The extent of the elevation in Mamer even exceeds 1 meter. In consideration of these circumstances, it will be necessary, in addition to raising the bridge floor, to lower the rail track at this point.

In order to take full advantage of the three-and-a-half-week closure renovation work will also be undertaken at Kleinbettingen station during this time. This should be completed by the beginning of 2018. 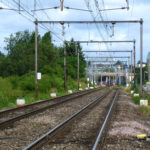 Some of the new catenary foundations – to be continued

It is fair to describe line 50 – Luxembourg – Kleinbettingen – Arlon – of Luxembourg’s railway network as unique. For example, passengers who may like to look out of the window during their train journey will probably have noticed that the trains on this line, unlike those on all other lines used in Luxembourg, always run on the left track. This is just one of many distinctive features of the 18.765-kilometer railway connection which links the City of Luxembourg with the west of the Grand Duchy.