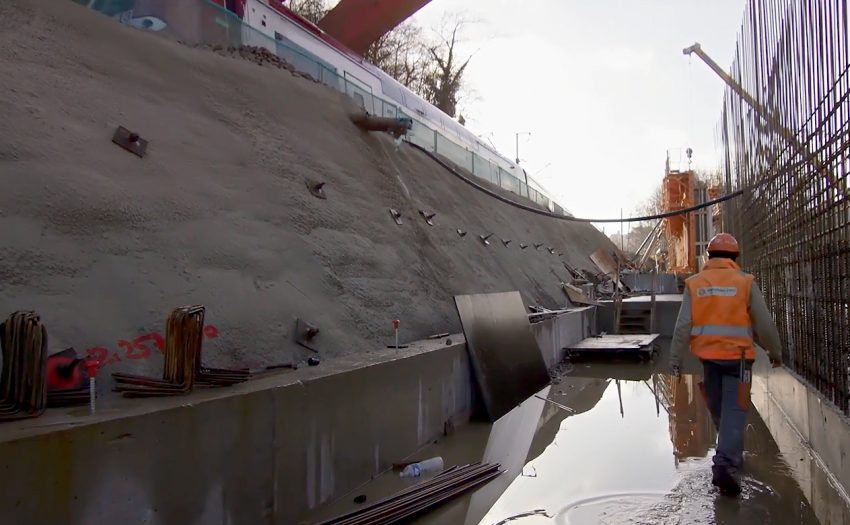 Through the construction works of the new Pfaffenthal-Kirchberg stop and the new funicular under the “Red bridge”, CFL joins the ranks of those who are currently writing a new chapter in Luxembourg’s public transport sector.

In order to complete this mammoth project, which will combine bus, tram and rail from December 2017 on, CFL has already finished several herculean tasks since the start of the works on 4 May 2015.

Interestingly not much of this impressive amount of concrete will be visible in the end. In order to preserve the cityscape, a large part of the funicular track will be underground, which means that only 10,000 m2 of the concrete surface will be visible. Furthermore, a large part of the new stop will be covered in Luxembourgish sandstone in order to preserve the backdrop of Kirchberg.

In order to create as little disturbance as possible for rail services towards the north of the country, a large part of the works was carried out during normal operations. To guarantee the safety of the passengers and of the workers, a number of safety measures were implemented. One of these was the single-track use of the section in question of the North line (line 10). The track possession in the summer of 2016 was used to adapt the track beds to single-track traffic to do justice to these circumstances. On 2 July 2017 at the latest, this section of the line will revert back to double-track traffic.

For the installation of a 1.2 km section of the tracks and for the planning and production of the future funicular, the help of Swiss experts was relied upon. Among others, they assisted with the installation of the huge driving disks with a radius of 2.4 m. Thanks to the 500 kW motive power, the funicular will transport 7,200 people per hour from Pfaffenthal to Kirchberg from its completion date in December 2017 on. The passengers will thereby overcome a difference in altitude of 38.7 m over a distance of 200 m, which corresponds to a slope of 19.7%. 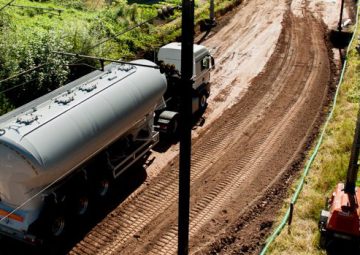