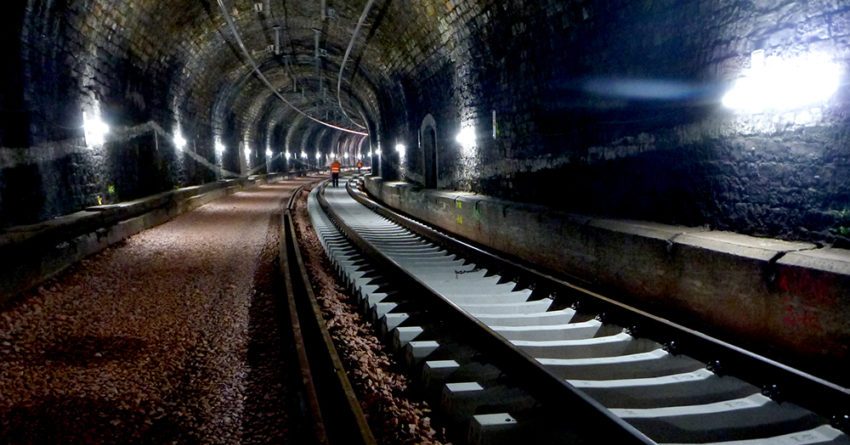 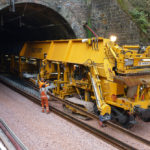 In order to proceed as quickly as possible, Swietelsky machines are used in the construction works 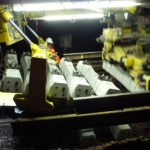 Automatic placement of the new railway sleepers made of concrete – 1.600 per kilometer 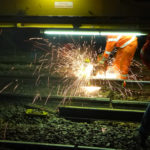 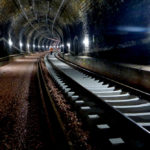 Well-ordered and lined up : the new concrete sleepers inside Cruchten tunnel 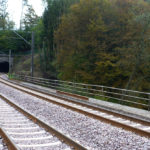 After : the new concrete made sleepers in front of the tunnel in Cruchten 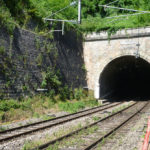 Before : wooden sleepers in front of the tunnel in Cruchten

In order to guarantee the safety and comfort of passengers, the CFL regularly carry out maintenance and modernisation works on the national rail network. On average, the railway tracks of line 10, known as the ‘Ligne du Nord’, date back to the 1980s, and after 40 years of loyal service, they need to be maintained and modernised.

At the end of the works provided for by a draft law introduced on 21 October 2011, 47 kilometres of track will have been entirely replaced or modernised. The budget of over €96 million indicates the large extent of the maintenance works, including both the improvement of the subgrade (if needed) and the replacement of the superstructure of the tracks, in other words the rails, sleepers and ballast. 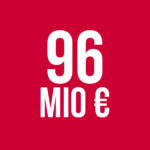 of track will be replaced or modernized 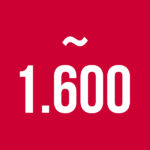 sleepers are replaced per kilometer 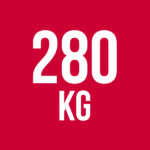 The weight of the new concrete sleeper (wooden sleepers: 80kg)

Why are these works required?

Since the tracks were laid in the 1980s, many passenger trains and freight trains have run along the tracks of line 10. After 40 years, the wooden sleepers and the rails need to be replaced. The new sleepers will be made of concrete, a longer-lasting material that requires less maintenance. The rails, on the other hand, will be replaced with 60E1 or 60E2 profiles, which are more suited to heavy loads. Thanks to these works, the CFL will continue to provide quality services that meet the highest safety requirements for the next 40 years.

What will be done to the subgrade?

With the millions of trains that have run on the rails, the subgrade material, which bears the full weight of the trains, has been used intensively over the last decades. Under the train loads, the ballast and blast furnace material has become increasingly compressed, thus encouraging erosion. In order to stabilise the subgrade in the long term, the ballast in the parts of the subgrade that show signs of wear will be replaced by natural ballast, a material that is longer-lasting and more eco-friendly.

Railway line 10, known as the ‘Ligne du Nord’ (North Line) is one of the main arteries of the national rail network. In addition to the main section, which links Luxembourg and Troisvierges (and Gouvy via the link to the SNCB’s line 42), the line is supplemented by the Ettelbruck – Diekirch, Ettelbruck – Bissen (freight only) and Kautenbach – Wiltz feeder lines. The ‘Ligne du Nord’ is 76.8 kilometres long, and it passes through the hilly landscape of the Ardennes. Within Luxembourg, passengers on this line travel through around twenty tunnels. #workingforyou