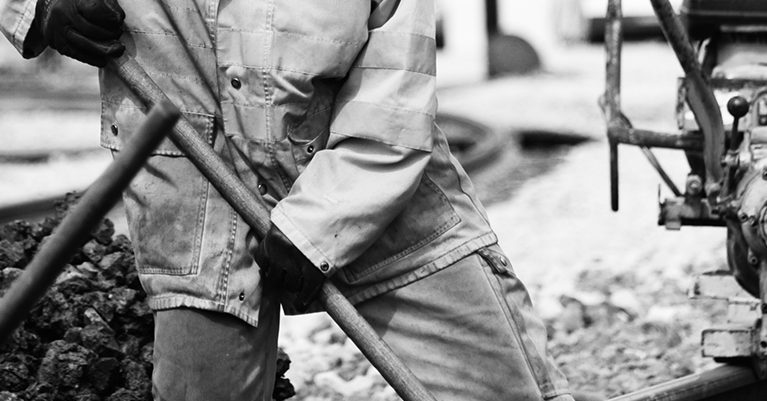 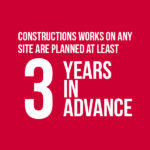 Every step is planned at least 3 years in advance 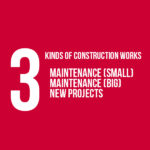 There are 3 kinds of construction works … 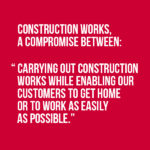 Construction works: Finding the best solution for everyone. 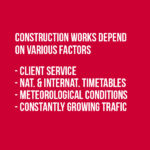 Construction works depend on various factors 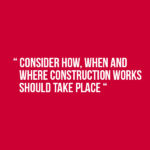 Planning construction works: a matter of how, when and where

CFL has announced that a section of the Luxemburg – Troisvierges line is currently closed. A replacement bus service is in operation, taking customers to their destination. Although some customers might not react well to such news, the purpose of the engineering works reveals why they are necessary.

Long-term planning and how to deal with variables #workingforyou

It is worth knowing that these engineering works do not happen overnight, but take years of planning. Lucien Brosius and Armand Thull are in charge of coordinating the engineering works on the northern track (line 10). “Any site where works take place – whether major or minor works – is planned at least three years in advance; from the planning to the execution.” In order to carry out the modernisation or construction of a new platform with precision, all tasks are meticulously listed and planned years in advance. This is the only way to avoid frequent and unnecessary interruptions of the circulation on a railway line.

Works often affect more than just the track. They also have an impact on the contact line and the corresponding safety system or signal box. Some travel restrictions have to be endured frequently by customers. The train timetables of all trains – both national and international – dictate the closure of railway lines for engineering works.

The complex task of site planning

CFL cannot close down lines, on which international trains are circulating, out of the blue. Planning engineering works could be compared to a difficult mathematical task. The timetables of all national and international trains have to be taken into account in the equation. Furthermore, a line cannot be interrupted in two different places at the same time. That would be too inconvenient for the customer. Thus the project leaders have to consider very carefully how, when, and where major engineering works should take place. “Compromises have to be made every day. The engineering works have to be carried out, but at the same time the customers have to be able to get home or to work as easily as possible.”

This is why most engineering works are carried out during school holidays, at the weekend or at night.

Meeting the challenges of a continuously growing demand

50 years ago, carrying out engineering works on the tracks was not a problem. Fewer trains were circulating, both during daytime and at night. Nowadays the intervals between the circulating trains are shorter, which makes the task more difficult. In the space of ten years, the number of passengers has grown by more than 50 per cent. Last year, 22.5 million customers used the railway services on the same number of tracks.

Improving the future. But when?

The collective leave in the construction sector also renders the task more difficult. If there is no other possibility, a special permit is required to avoid delaying the engineering works.

Once a date has been set for the engineering works, replacement services need to be arranged in order to take customers to work every day. It has to be considered that in most cases, there are no alternative railway lines which trains could use. Therefore CFL buses offer a rail replacement service on the closed sections of the lines and additional trains continue to circulate on the sections that remain open. This constitutes a real challenge for CFL, as it requires additional staff. “Our decisions always have the customers’ interests in mind, even if they are not always welcomed as such.” There is a solution to all engineering works and railway closures, even if this requires extensive works. “For us, it is a constant learning curve.”